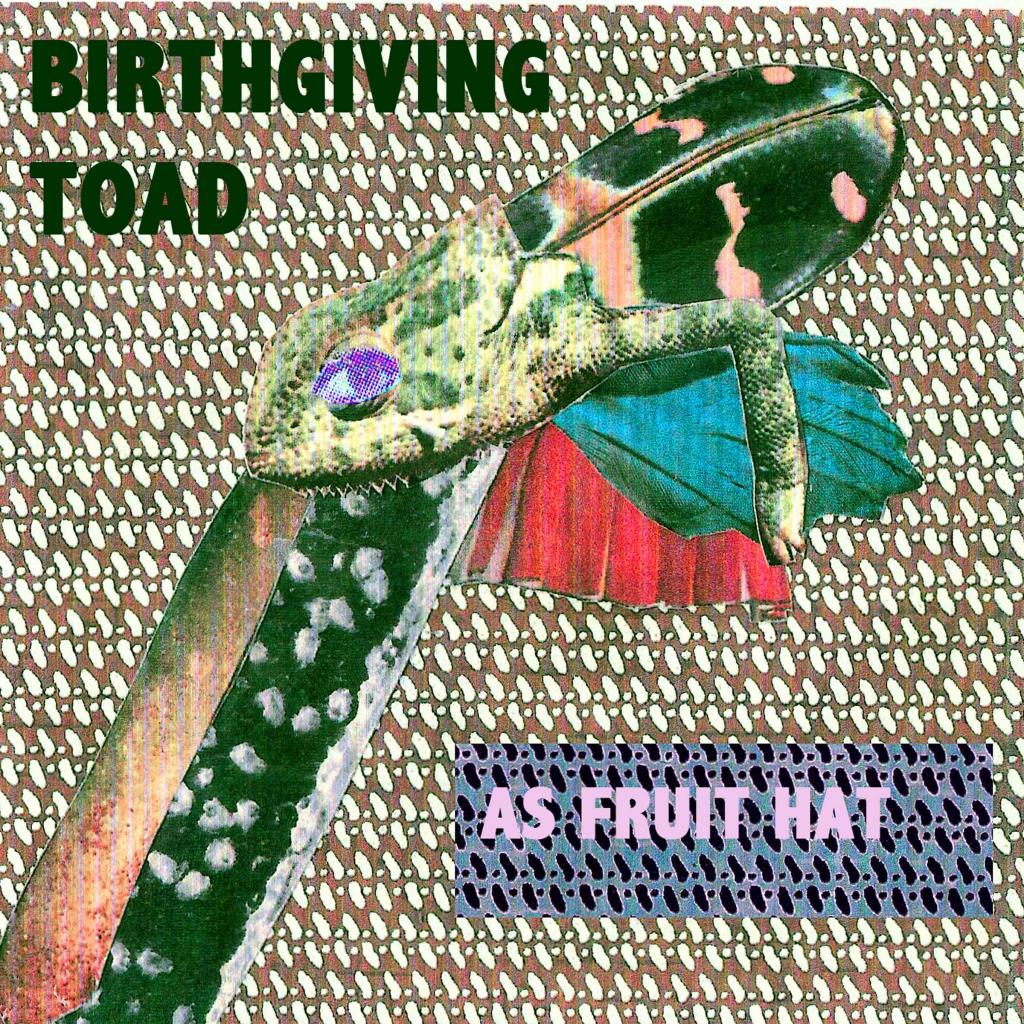 As Fruit Hat by Birthgiving Toad came to life shortly after the first record For Awkward Company was finished.

It was recorded various places in the outskirts of Copenhagen with help from friends of Birthgiving Toad.

The album ​is available digitally and as a part of the ​Bicycle Cassettes​ box set containing this plus two other Birthgiving Toad albums on cassette tape.

Birthgiving Toad is an alias of Danish composer, singer and multiinstrumentalist Lasse Bækby Buch and will speak clearly to fans of progressive and playful guitar-based music similar to that of icons like Frank Zappa and Captain Beefheart.

The artwork for As Fruit Hat was made by Sofie Elmgreen & Benjamin Grodin.