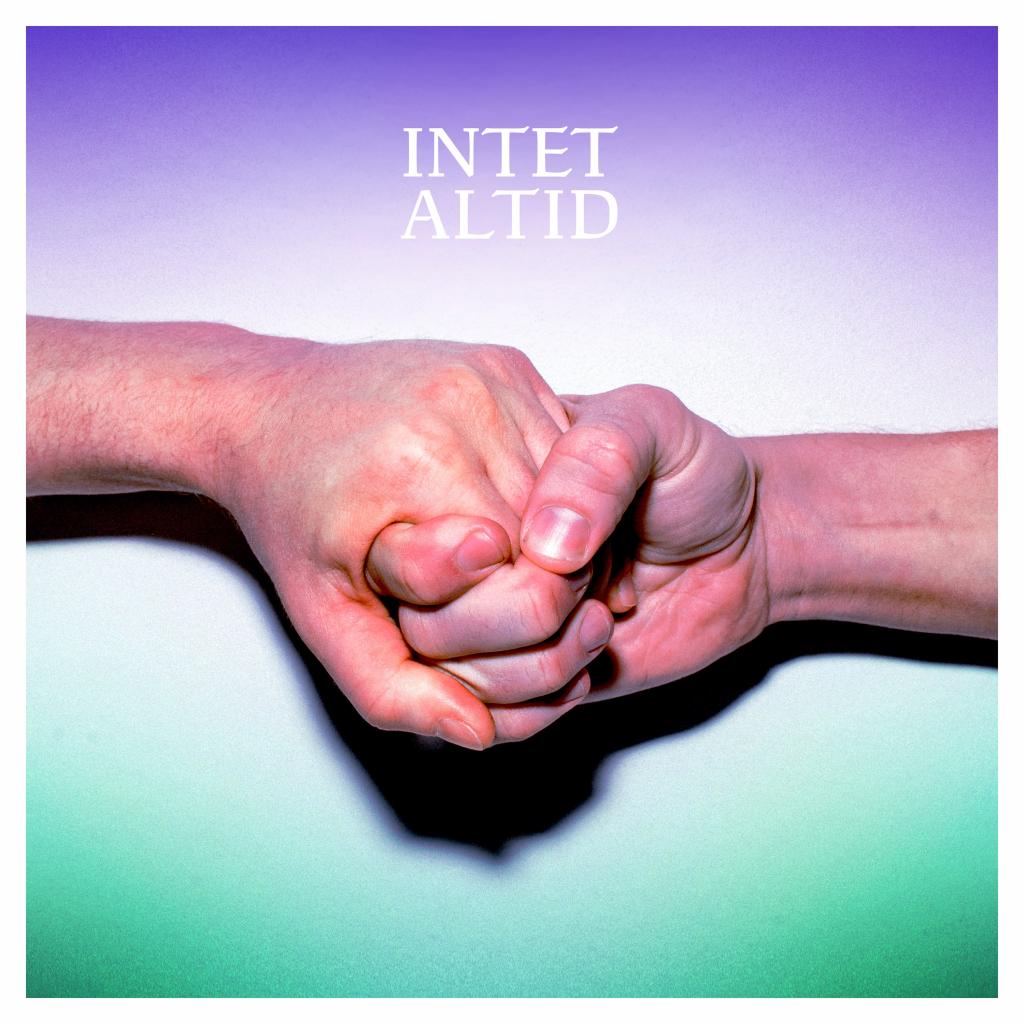 INTET ALTID (the moniker translates into both “nothing always” and “no forever”), write synth based songs about themes that are rarely dealt with in pop music like depression, suicide, loneliness. The songs discuss the costs of living in a society where happiness has become the ultimate goal wrapped in a musical universe that combines everything from trap hi-hats and sampled protest screams to autotuned trumpets all within the form of r&b-inspired pop songs.

The melancholic tunes are centered around the use of autotune as something alienating that questions what we normally deem beautiful and whose voices are allowed to speak.