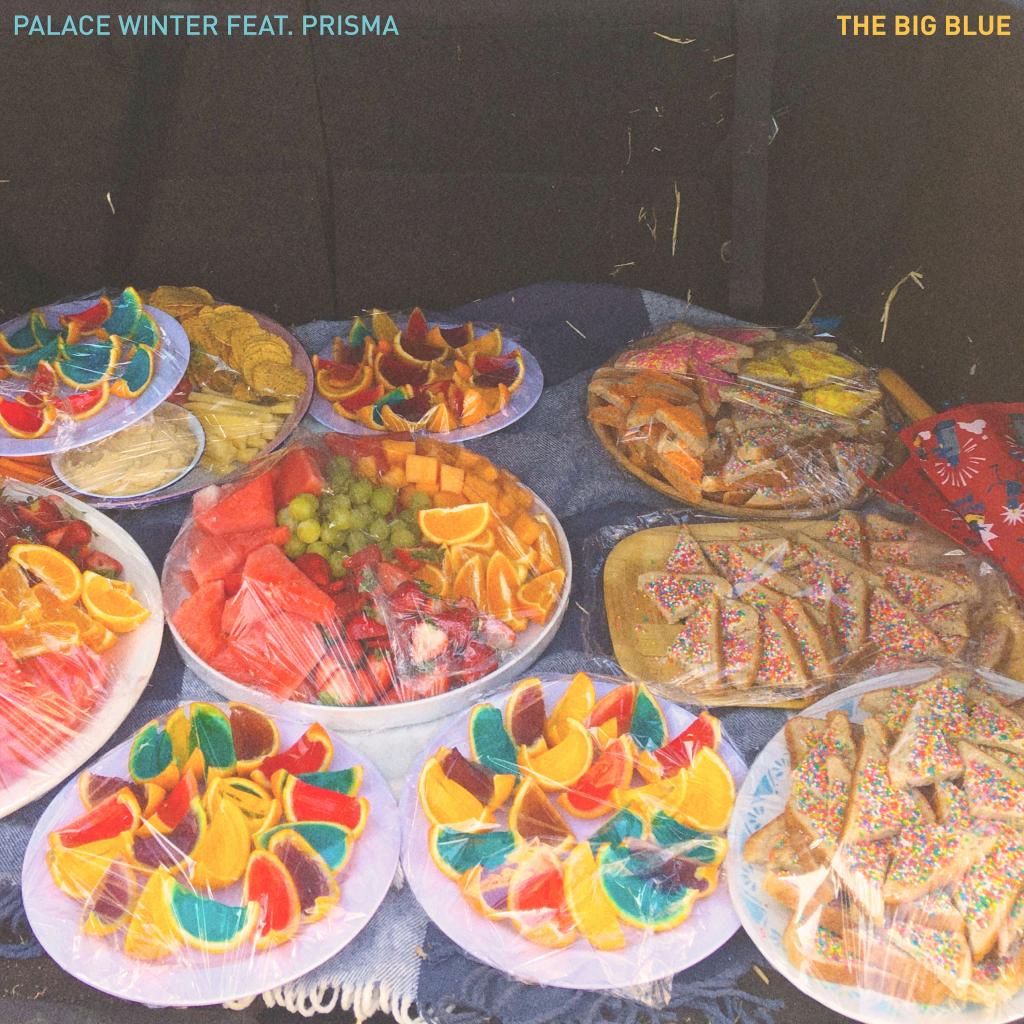 Palace Winter go toe-to-toe with Danish newcomers PRISMA on their expansive single “The Big Blue”. The result is a lush and colourful epic, about acceptance and forgiveness, and letting go of trauma to embrace a better version of yourself.

"The Big Blue (feat. PRISMA)” creates a feeling of anticipation: a journey where new adventures lie ahead and darker times are left behind.

"It's about coming out of a trauma and changing yourself into something more positive. It’s about discovering a better version of yourself.", Carl Coleman explains about the single.

The song begins as a hazardous adventure, speeding up the Swedish highway with a steady beat and mood-setting harmonies, which later evolves into a brighter and more hopeful melody. "The Big Blue" takes the listener through three acts of captivating and changing musical landscapes. It turns into no less than a six and a half minute track - both as a nod to the kraut-inspired style of Palace Winter's earlier work, yet at the same time, they’re looking ahead by constantly evolving their sound. Palace Winter's love of electronic music not only shows in Caspar Hesselager's production and creative use of synthesizers, but also in the repetitive beat, where the otherwise acoustic drums mechanically drive the song forward with a four-on-the-floor beat from start to finish.

Carl Coleman and Caspar Hesselager look back on how the idea came to have a female presence in the song:

They landed on PRISMA as Palace Winter sensed some common artistic ground between them and the two sisters. PRISMA’s uptempo, direct, yet grand and cinematic sound reminded Carl and Caspar of some of the ideals on their early releases like the EP Medication from 2015 and the album Waiting for the World to Turn from 2016. In addition Carl and Caspar were taken by PRISMAs distinct vocals:

"One of their strengths is the way their voices harmonize together. Especially in the outro it almost puts you in a trance.", Caspar explains about the duo’s contribution.

Danish duo PRISMA already won the hearts of music lovers in their home country, and recently they have embarked on a new adventure in the United Kingdom by releasing their single “I never wanted to meet you” on January 18th this year. The two sisters, Frida and Sirid Møl Kristensen, that make up PRISMA, are inspired by artists such as The Raveonettes, Vivian Girls, Trentemøller, The Cure and Susanne Sundfør and they have hit a truly Nordic nerve in their music, inviting the listener into a dreamy cinematic universe.

The evocative and hopeful "The Big Blue" follows the track "Slasher" (Nov 2021) and is the second single after Palace Winter’s last album ...Keep Dreaming, Buddy from 2020.