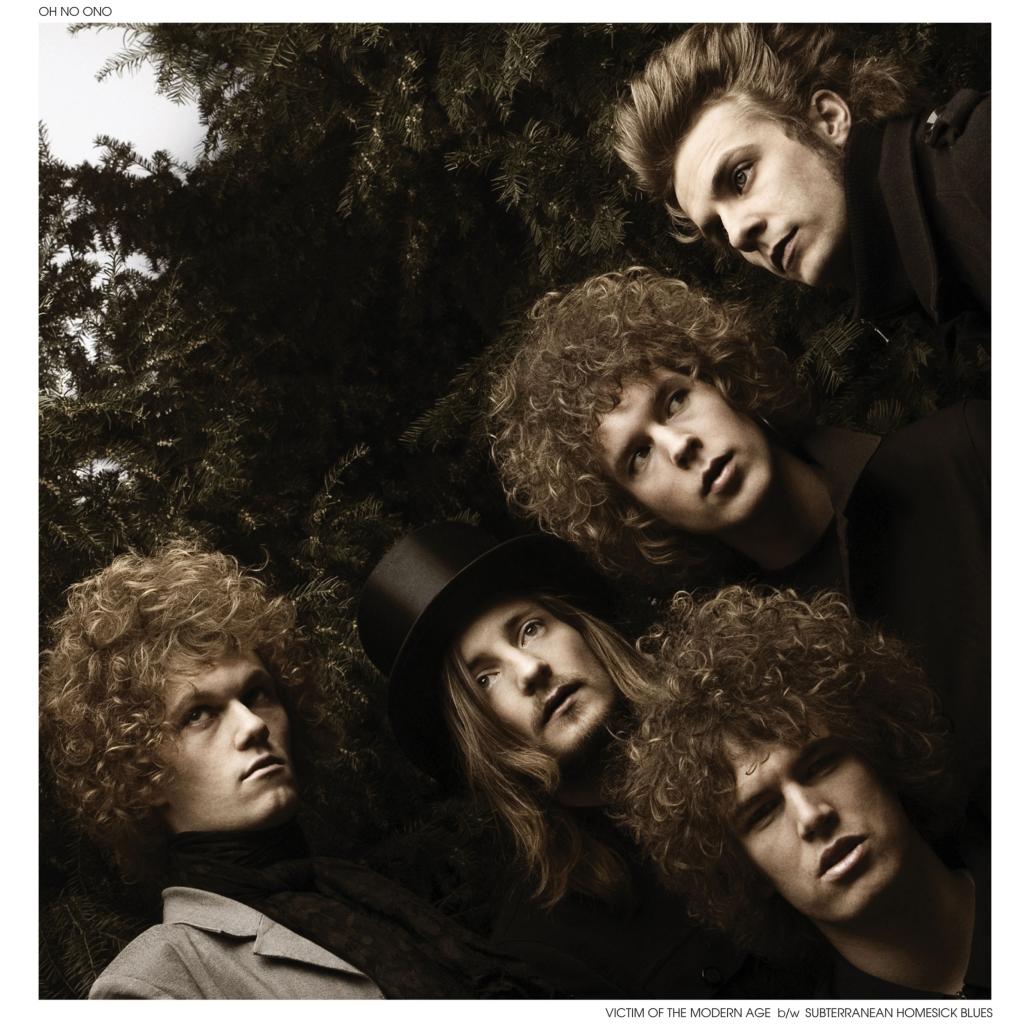 Victim of the Modern Age

"Victim of the Modern Age" is a single by Oh No Ono. The B-side features a Oh No Ono interpretation of Bob Dylan's "Subterranean Homesick Blues" - a song the band played live when touring with their debut album Yes.

The single was Oh No Ono's first single in the UK, originally released on Morningside Records, a great Danish label who closed shop in 2010 and kindly gave us Oh No Ono's and Shout Wellington Air Force's catalogues.

Tambourhinoceros founders and Oh No Ono members Aske Zidore and Kristoffer Rom still recalls the rainy day in Copenhagen when the band ran around Copenhagen shooting the cover images with photographer SImon Birk, ending up at the photo booth at the central station.

The song "Victim of the Modern Age" is from Oh No Ono's debut album Yes (Produced by Jesper Mortensen of Junior Senior) which was recorded in Thomas Troelsen's Delta Lab Studios and "Subterranean Homesick Blues" was recorded at Nikolaj Nørlund's Sauna studio with Aske Rud Jørgensen at the mixing desk.

Tracklist
1 Victim Of The Modern Age